Treat Sales Like a Demolition Derby, Not an Obstacle Course

In demolition derby, competing drivers ram their vehicles into one another on a large field. The winner is the last vehicle still running.

That’s the kind of attitude a business leader should cultivate when hiring a sales team or creating a sales process.

After years of managing and running sales teams to scale growth, it’s clear to us that sales people often commit critical mistakes because they have the wrong sales mindset. 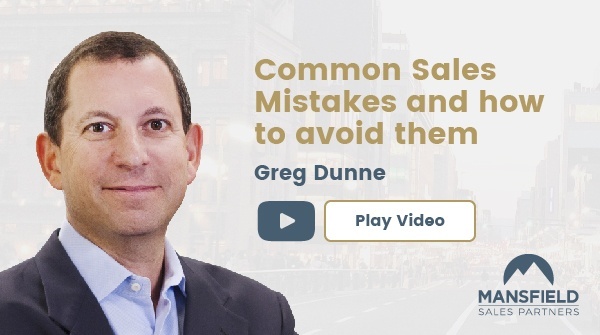 Most people treat sales like an obstacle course, thinking the point is to get around the obstacles to a “yes,” as quickly and easily as possible. Then they race to the finish and wait for the deal—and all too often, it doesn’t arrive.

In fact, the sales process should be treated like demolition derby, where obstacles (including other competitors) are hit head-on with great velocity, until you’re the only vendor left standing.

The “yes” isn’t supposed to come easy. It’s supposed to come after understanding what customers are thinking and what they are saying about you when you’re not in the room. This gets to the bottom of any issues that would prevent a deal from ultimately going to your company, or from wasting time on deals that were never going to happen in the first place.

In essence, this means asking hard questions throughout the sales cycle to make sure there is an honest and open dialogue with the customers. There’s a well-known saying that “nobody ever sells anything to anybody.” Rather, skillful sales people merely facilitate the buyer’s journey when buyers have decided they need a solution to a problem.

Who has the ultimate authority to approve a project or kill it? Who is going to be involved in budgeting? Tell the sales team to dig in, and not to be afraid of creating tension. To win, you need to find out where potential customers really stand, and why they’re really having the conversation with your company in the first place. (Spoiler: it’s not because you have the greatest product and they simply must have it.)

Sales representatives often avoid asking hard, direct questions that could produce bad news or tension. This results in poor forecasting and an inability to navigate issues in real-time, as they develop during the sales process. But when asked properly, these questions could give vital information about whether or not the deal will really happen.

2.  Address the elephant in the room

If your company is selling a new form of a widget, and there is a large competitor that dominates the market already, find out why the potential customer hasn’t bought from the industry leader. If your pricing is higher, address it immediately. You might learn something that helps you refine your sales approach.

It is not the customer’s job to deliver bad news, uncomfortable truths, or to create the friction in the discussion that will allow you to address difficult issues directly. If you’ve employed sales people who aren’t afraid of hearing things that may challenge the deal—and reporting them back to you—they will be able to better understand the challenges, create a plan, and maximize the company’s chances of sales success.

In the end, the goal is not to navigate through hard issues and coerce yeses from the prospect, but to really understand the obstacles by talking about them directly. By hitting the issues straight on, demolition derby-style, sales people can become trusted resources and partners to their prospects—which ultimately helps transform your company’s sales.

Want to know the real reason deals fall apart at the last minute? Check out Greg’s new webcast on how to avoid committing some of the worst mistakes in sales. (Bonus: watch to the end for a secret tip that’ll set you up for daily success.)

Schedule a no-obligation consultation with one of our sales experts to discuss your sales goals and challenges.